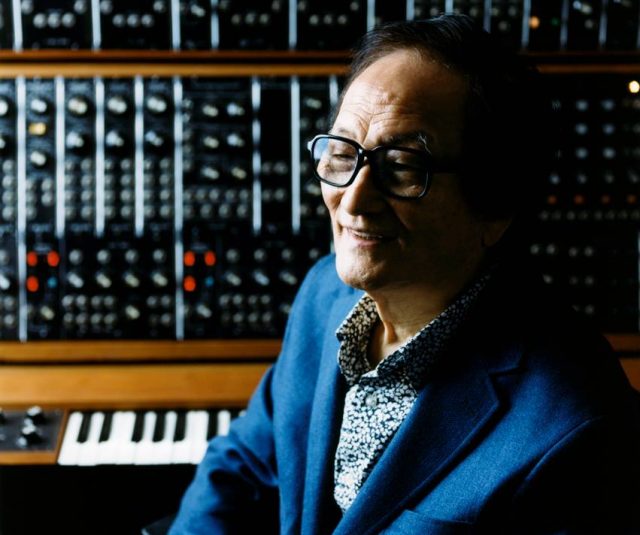 Synthesist Isao Tomita – best known for a series of albums featuring synthesizer arrangements of classical works – has died at the age of 84.

Tomita started his career as a composer for Nippon Columbia Co.,Ltd where he composed numerous works, including music for the first NHK Taiga drama and animation of Osamu Tezuka.

In the 70’s, he was among the first to introduce the analogue synthesizer to Japan and released numerous ambitious albums like Snowflakes Are Dancing and The Planets.

Here’s an example of Tomita’s work, Debussy’s Arabesque No. 1, from the album Snowflakes Are Dancing:

He released more than a dozen studio albums, including Snowflakes Are Dancing, Pictures At An Exhibition, Firebird and The Planets.  He also composed many soundtracks, throughout his career.

He was active into his 80’s. He recently debuted Symphony Ihatov, a work featuring the virtual vocalist Hatsune Miku as soloist. Just before his death, he was preparing the performance of his new work Dr. Coppelius, planned for November of this year.

Private funeral ceremonies for Isao Tomita were held May 7th and 8th.