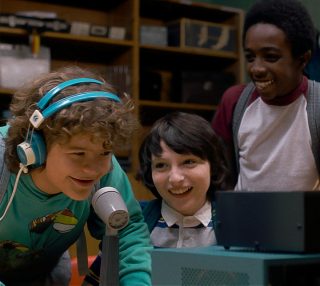 Producers of Stranger Things – an 80’s-inspired retro sci-fi show – have announced that an official soundtrack album is on the way.

The well-received show is inspired by everything 80s, but especially the sci-fi and horror films of Steven Spielberg.

It also features a synthwave soundtrack by Kyle Dixon and Michael Stein, two members of Austin-based band S U R V I V E. The soundtrack is a perfect match for the visuals, setting the tone for some retro-tastic spookiness.

No release date has been announced yet for the Stranger Things OST, only that it is ‘coming soon’.

You can preview the soundtrack below:

You can also check out the music of S U R V I V E at their Bandcamp page.

10 thoughts on “‘Stranger Things’ Original Soundtrack Album On The Way”