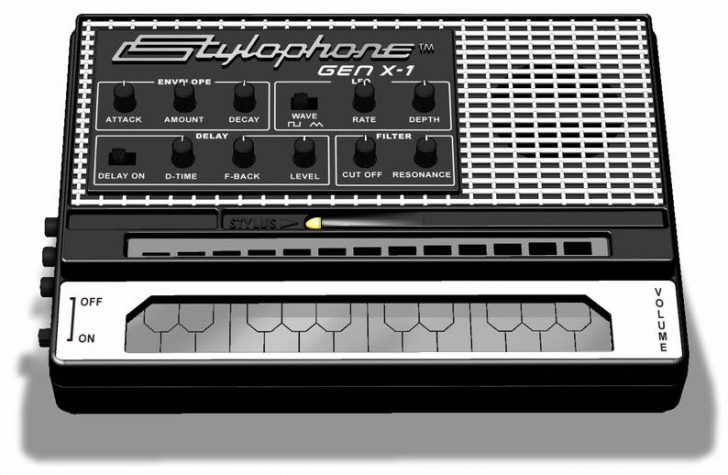 Ahead of the 2017 NAMM Show, being held January 19-22, at the Anaheim Convention Center, Dubreq has announced that it will be introducing the Stylophone Gen X-1 synthesizer – a souped-up version of its classic Stylophone electronic music instrument.

Here’s a preview of the new Stylophone Gen X-1 in action:

No details have been released on the Stylophone Gen X-1, but it builds on the original’s design by adding envelope and filter control, a delay effect and more.