We had the chance to sit down with Jarre and talk with him about his Oxygène Trilogy (in part 1 of our interview) and also his plans for the upcoming tour. 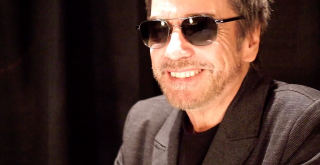 Jarre has been announced that he will bring his ‘Electronica’ World Tour to North America, marking his first-time tour here. Tickets go on sale this Friday, January 27.

Jarre says that the shows will be ‘an immersive musical journey’, and will feature new music from his two-part Electronica album, his latest album Oxygene 3 and music from classic albums like Oxygene and Equinoxe.

Here’s a video of Jarre performing his track, The Time Machine, from Electronica 1, at a recent European concert:

Jarre is also up for a Grammy Award. His album Electronica 1: The Time Machine is nominated for “Best Dance/Electronic Album.” The first of a two-part album, it features a who’s-who list of collaborators.