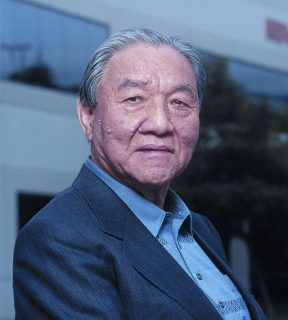 Roland founder Ikutaro Kakehashi has died at the age of 87.

There hasn’t been an official announcement from Roland on this yet, but there have been several reports of Kakehashi’s death from musicians that have worked with him.

Tommy Snyder, who has worked with Roland on R&D of its electronic drum and percussion products, shared this message via Facebook:

Ikutaro Kakehashi, founder of Roland, father of the TR-909,TR-808, Godfather of MIDI, and someone who I have collaborated with for 38 years, and also considered him as my 2nd father, passed away at the age of 87.

He was a super funny, wonderful and gifted human being, and his contributions to the musical instrument world , and music, touched millions of people worldwide.

Ikutaro Kakehashi was an engineer, entrepreneur and the founder of Roland Corporation.

Under his leadership, Roland introduced many of the most iconic gear in electronic music, including:

That’s just the tip of the iceberg, because Kakehashi led the company successfully for over four decades.

Kakehashi, along with Dave Smith, was awarded a Technical GRAMMY in 2013 for contributions to the development of MIDI (Musical Instrument Digital Interface) technology.

Being enthusiastic is worth 25 IQ points.