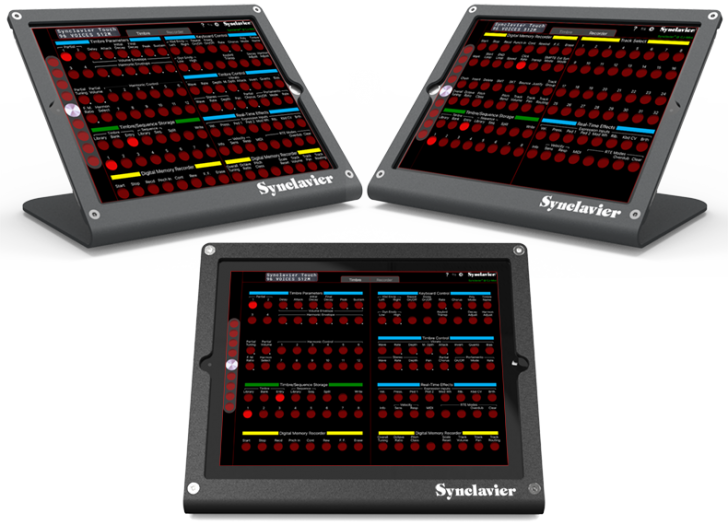 Synclavier Touch can communicate with a Synclavier³ installation using custom MIDI messages. The integration with the Synclavier hardware is complete – touching a button on the iPad lights the button on the VK for example.

The VK buttons are organized in two panels – one for Timbre design, one for controlling the Digital Memory Recorder. Two – or more – iPads can also be used simultaneously to set up multiple remote control stations within your studio.

Synclavier Touch is free to download and test, and is $79.99 to unlock.

3 thoughts on “Synclavier Touch For iPad”