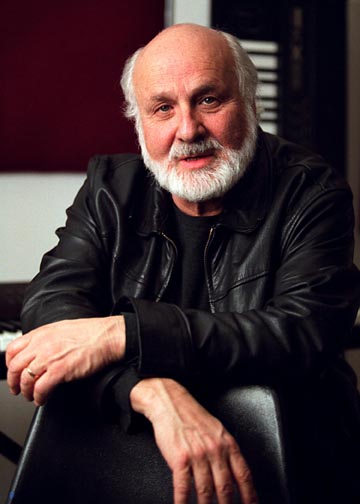 Waveshaper Media, makers of the modular synthesizer documentary I Dream Of Wires, and upcoming Bob Moog bio-doc Electronic Voyager, has announced their next production, Subotnick: Portrait of an Electronic Music Pioneer.

‘Subotnick’ will be a bio-documentary about avant-garde music composer and electronic music pioneer, Morton Subotnick. The film will provide an overview of Subotnick’s life and uncompromising career.

Waveshaper Media is funding production of the film via an Indiegogo campaign. As a special reward for backers, the campaign is offering a 50th anniversary edition repress of Subotnick’s breakthrough 1967 LP, Silver Apples of the Moon. The deluxe repress will include new liner notes by Morton Subotnick, and all copies secured through Indiegogo will be signed by the man himself.

Morton Subotnick’s legacy and impact on electronic music are undeniable, and so it came as a surprise when we asked Mort if anyone had ever approached him before about making a documentary about his life and career; he replied that nobody had.

We were extremely honored when he agreed to our proposal, in early 2016, to document his life and career, and we’ve been periodically meeting with Mort to film, as time and funds have permitted, ever since.

Details on the planned documentary and the campaign are available at IndieGoGo.