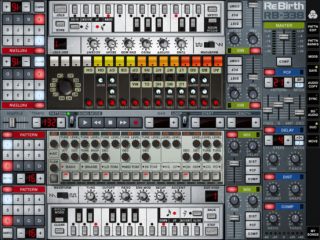 They have announced that ReBirth for iPad will be removed from App Store June 15, 2017:

We have decided to discontinue ReBirth for iPad.

The decision comes after a statement from Roland that the product infringes on the company’s intellectual property rights.

Rather than refuting this claim, we have decided to honor our long-standing relationship with Roland Corporation and has, therefore, come to the conclusion that the best path forward is to discontinue the product.

ReBirth was introduced in 1996, and was a pioneering virtual studio, offering two virtual TB-303 synthesizers, along with Roland TR-808 and 909 emulations.

ReBirth was initially discontinued in 2005, but it was reincarnated as an iPad app in 2010.

57 thoughts on “ReBirth Is Dead For Real This Time”