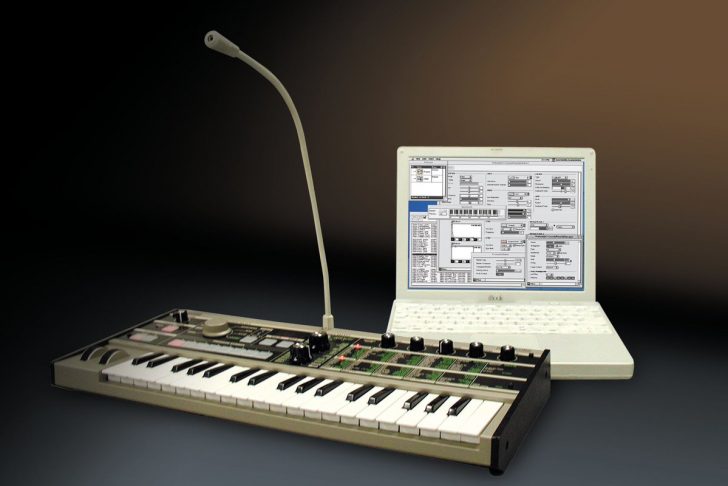 Korg UK announced that this week is the 15th anniversary of the introduction of the Korg microKorg virtual analog synthesizer.

It was launched at Summer NAMM Nashville & BMF London in 2002. The Macbook pictured with it was cutting edge for the time.

In the last 15 years, the microKorg has been such a success that it’s led to an explosion of affordable minikey synths, ranging from the Novation MiniNova to the Roland JD-Xi. And, while Korg has released color variants and tweaked the hardware a bit, the microKorg you get today is essentially the same synth that launched in 2002.

Here’s an official Korg intro to the microKorg:

Korg has always marketed the microKorg as an inexpensive ‘meat and potatoes’ synth, and a big part of its success has definitely been that it can do a good job at covering basic synth functions.

But the thing that’s probably been more important to the microKorg’s staying power is that it offers enough depth that you can dig in and make it your own.

Here’s an example of the microKorg being used for some Roger Troutman-style talkbox action:

Heres a great video that looks at how Dorian Concept uses the microKorg:

Got your own take on why the microKorg keeps going and going? Leave a comment and share your thoughts!