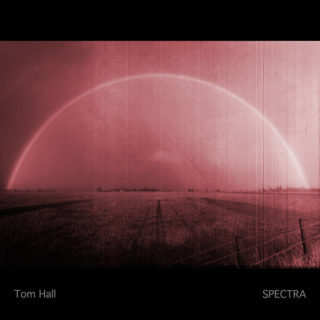 Founded in 2015 by Alessio Santini of K-Devices and producer Emanuele Battisti, Elli Records is an independent label focused on “music made by humans, for humans, with computers.”

“Our goal is to promote artists that create computer media, having a deep relationship and thoughts on software. Artists that made their own softwares, or that masterfully bend existing tools to accomplish their vision.

“Given this concept, Elli Records is an action crossing music genres. Elli plays with historical forms, destructuring them to move towards a kind of music where gestures and techniques are ever-changing.”

Previous releases on the Elli Records label have been EP-length titles that range from electroacoustic to free jazz, from microsound to drones, noise, live electronics, along with some metal, song, electro, granulation of sound and drone elements.

The label’s first full-length offering “Spectra,” by Tom Hall, was released this week on CD, Cassette, Digital and streaming. Hall is a member of the Cycling ’74 team and producer of videos on synths and digital tools.

Ivo Ivanov from Glitchmachines, is another recent addition to the Elli Records roster.

Santini says, “Our context is the discography world, but also the music tech domain. I want to get the word out to readers interested in music tech, that it exists in this label, which focuses on artistic application of tools they like.”

For more information about the album, the artists, or Elli Records, check out the label’s website.