The company’s complaint, filed in June of 2017, asks for $250,000 in damages, plus punitive damages and court costs. The documents are available at the Court’s site. 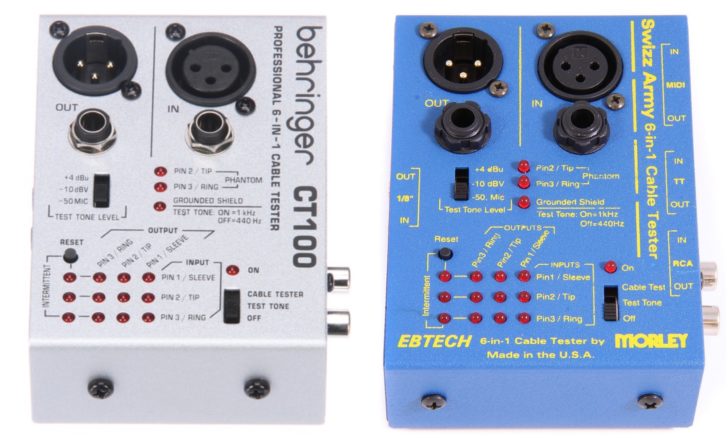 Behringer’s lawsuit describes the suggestion that the Behringer 6-in-1 cable tester is a copy as a ‘false, defamatory and libelous statement’ and ‘an effort to besmirch Music Group’s hard-earned reputation.’

The Superior Court Of California apparently did not buy the company’s argument.

Instead, they agreed with Dave Smith Instruments argument that the lawsuit was a ‘strategic lawsuit against public participation’ (SLAPP) – a lawsuit intended to censor, intimidate, and silence critics by burdening them with the cost of a legal defense.

The Court ruled that “all of Music Group’s claims against it arise from activity protected by the anti-SLAPP statute, because all of the claims are based on statements that were made in a public forum on an issue of public interest.”

The legal proceedings continue, though, as Dave Smith Instruments tries to recover more than $100,000 it spent on legal fees in the case.