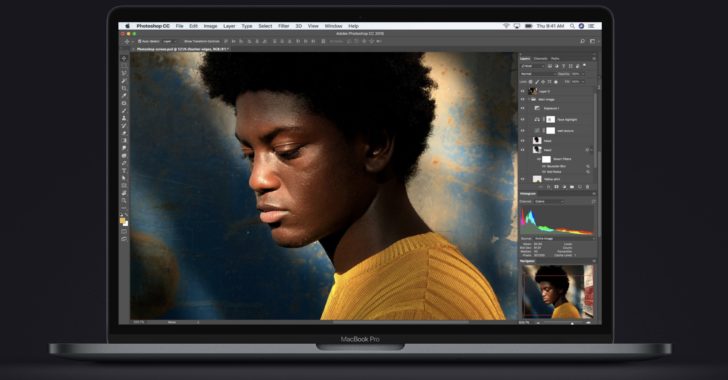 Apple this week updated its MacBook Pro to deliver significantly faster performance, offering up to 6-processor cores, speeds up to 4.8GHz, 32GB of memory and SSD performance that’s an order of magnitude better than most current laptops.

According to the company, the new 13″ MacBook Pro offers up to twice the performance of the previous generation, while the 15″ MacBook Pro is up to 70% faster.

The Achilles Heel of the 2018 MacBook Pro line is its graphics/gaming performance.

But in a head-to-head comparison of the MacBook Pro 13″ against comparable laptops, the MacBook Pro’s frames-per-second performance was about 40% lower. For people that need high-end graphics performance, Apple recommends pairing the laptops with a $700 Thunderbolt 3 external GPU, to get desktop-class performance.

Musicians should be able to expect close to double the performance with music apps that are multi-core optimized, compared to the MacBook Pro generation. According to Apple, the new 13″ MacBook Pro can run twice as many Alchemy tracks in Logic Pro X, while the 15″ 6-core can deliver about 70% higher track count.

Details are available at the Apple site.