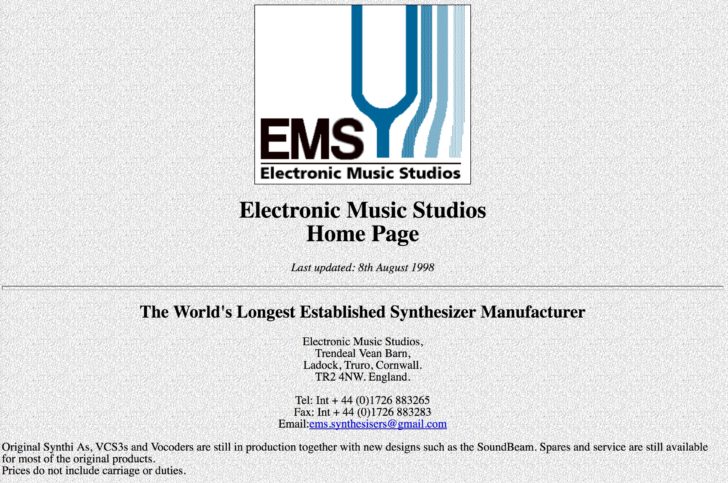 August 8th (8/08) is a special day for electronic musicians, because of its association with Roland’s classic TR-808 drum machine.

It’s also, though, the anniversary of the Electronic Music Studios Home Page, last officially updated 8th August 1998. And, like the 808, the EMS Home Page is an icon of old-school design, sporting minimal HTML, functional design and a retro-futuristic logo.

Somehow, the EMS Home Page has carried on, an immovable object that has resisted the irresistible force of time for 20 years.

Note: While the page was last officially updated in 1998, a gmail address was added somewhere along the line.