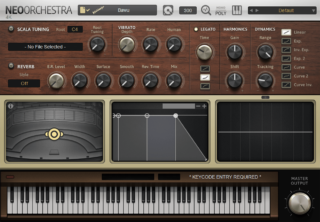 Here’s what they have to say about the virtual instruments: