Elf Audio has introduced Koala, an app they describe as ‘the ultimate pocket sampler for iOS’. 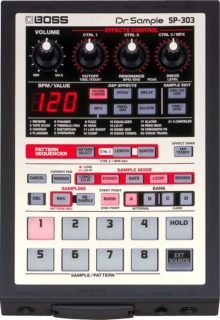 Developer Marek Bereza says Koala was inspired by the BOSS SP-303 Dr Sample, and the music of J Dilla.

Some time in 2015-2016, I learned that the notorious (late) hip-hop producer J Dilla had been the hugely influential driving musical force behind many of the hip-hop tunes I grew up with. I’d always marveled at the way these tracks were so simple in their construction – but the art was in the expert discovery and curation of a handful of samples that sound like they were born to be together, even if they were from different ends of the musical universe. And it seems J Dilla was the king of that.

Sadly, in 2006, he died after a lengthy battle with a particularly nasty blood disease. During all the time he had to spend in hospital hooked up to a dialysis machine, he would make tracks, which eventually turned into his last album – Donuts. Most of the tracks (29 of 31), he made with a BOSS SP-303, and a bunch of records.

When I heard that he’d made Donuts on an SP-303, my jaw dropped. I’d never used one, but if you look at the front panel, you can see how straight-forward it is – no undo, no sample libraries, no piano roll input, or all the other functionality we’re used to these days. Yet it was enough of a vehicle for him to make such a stellar album.

What the SP-303 does have, though, is a workflow that forces you to just get on with it and make some music. This is the essence I wanted to capture in Koala. It has the ability to sample itself, “resampling” – which I love, and have incorporated. Also, you can put effects directly onto the input, so you can really turn sounds from your mic into anything. And of course, once you’ve recorded with those effects, they’re baked in, there’s no going back!!