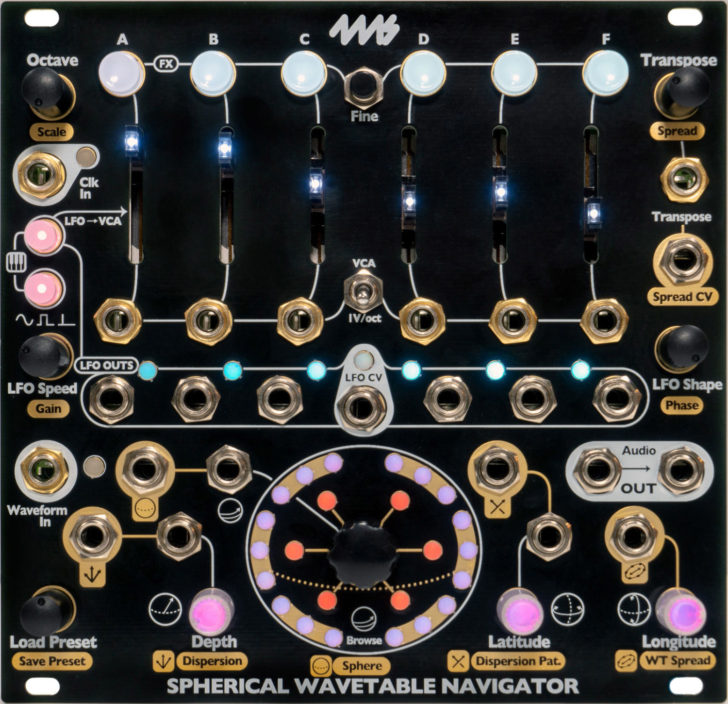 The SWN features six wavetable oscillators with independent pitch, level, and waveform controls. Six LFOs (Low Frequency Oscillators) can be used as modulation sources and/or envelopes, making it easy to add dynamic motion to your patch.

Each channel is a full voice and can be “played” using the top row of buttons, the internal LFOs, or note-change detection on the 1V/oct jacks.

The SWN ships with 12 three-dimensional (spherical) wavetables and an easy interface which allows you to record and edit custom wavetables from live audio. Open-source software for Mac, Windows, and Linux called SphereEdit can be downloaded and lets create, edit, and convert .wav files into Spherical wavetables, to transfer into the SWN with an audio cable.