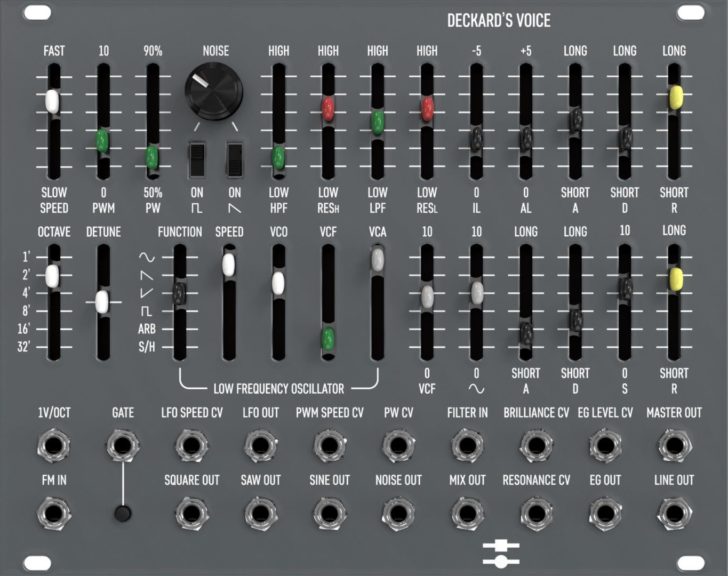 Sharing the same paradigm and circuit as its bigger brother, Deckard’s Dream, trimmed down for Eurorack and supplemented with the flexibility available only in a modular format.

The module appears to be a modern take on a single CS-60 voice. The original CS-80 offered 8 sets of two independent voices, so it was capable of richer and more complex sounds. It seems reasonable to expect that the Deckard’s Voice will be able to make many classic CS-like sounds – but it will require dual Deckard’s Voice, plus additional modules, to approximate the sonic possibilities of a single voice of the CS-80.

Audio demos – along with pricing and availability – are still to come.