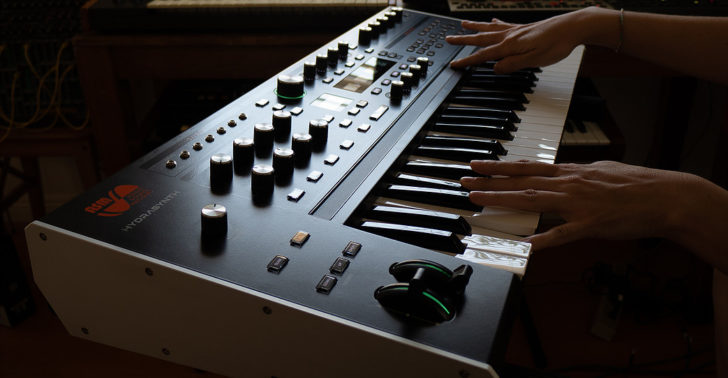 The Hydrasynth is an 8-voice polysynth, with an architecture that features (per voice): three oscillators, offering 219 different waveforms; five ADSR envelope generators that offer delay and hold; and five LFOs that offer a total of 11 waveshapes, plus delay, fade in, and smoothing.

If features an extensive array of controls, a full-size keyboard with polyphonic aftertouch (which allows for more expressive performance), a ribbon controller and CV/Gate connectivity.

The HydraSynth is available now with a street price of $1,299.

We have to move, but we don’t have to dance.