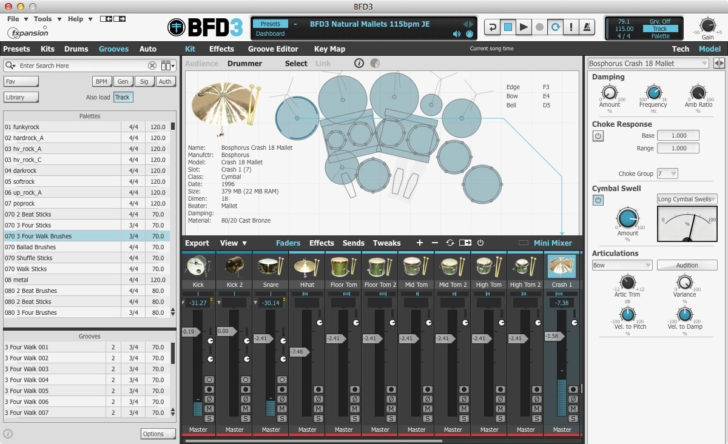 FXpansion has been a subsidiary of ROLI since 2016, but in the last few years, ROLI has struggled to make payments on its debts. BFD and its engineering department will now become part of inMusic’s R&D organization.

Originally released in 2003, BFD is an acoustic drum virtual instrument. It offers a built-in environment for creating patterns and creating realistic drum tracks.

BFD is available from the FXpansion site.