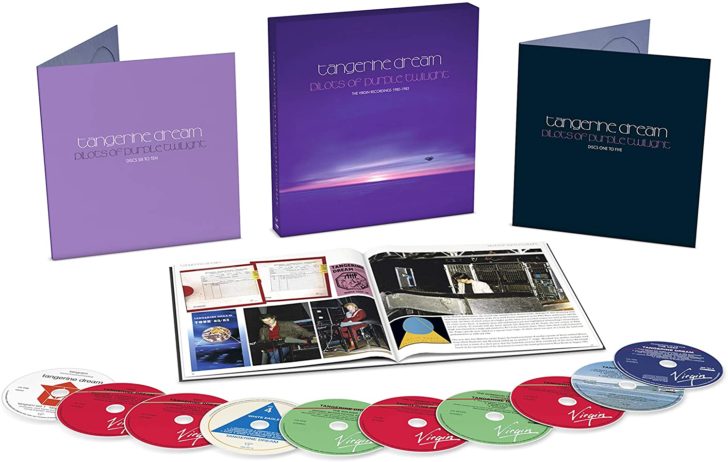 Following up on the success of In Search Of Hades – a deluxe boxed set focusing on Tangerine Dream‘s most influential period – UMC has announced Pilots of Purple Twilight, a 10 CD boxed set, showcasing the next chapter in the band’s history.

Pilots of Purple Twilight focuses on the albums Tangerine Dream recorded for Virgin Records between 1980 and 1983. The collection features newly re-mastered versions of the albums Tangram, Thief, Exit, White Eagle, Logos and Hyperborea, along with previously unreleased soundtracks from the films The Soldier and The Keep, something of a holy grail for Tangerine Dream fans.

All audio has been re-mastered from the original master tapes by Ben Wiseman. 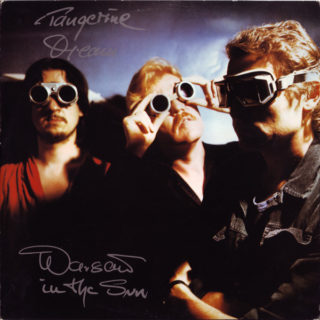 Pilots Of Purple Twilight is lavishly packaged, with a hard-back book, with a new essay and many rare photographs and memorabilia.

1 CD versions of Tangram, Thief, Exit, White Eagle, Hyperborea & Logos will also be released, with audio from the 2020 remasters and the bonus tracks from the boxed set.

Pilots of Purple Twilight will be available to order Oct 16, 2020.

Disc: 6
The Dominion Concert Part One

Disc: 9
No Man’s Land
Hyperborea
Cinnamon Road
Sphinx Lightning
The Dream is Always the Same
No Future (Get off the Babysitter)
Guido the Killer Pimp
Lana
Love on a Real Train (Risky Business)