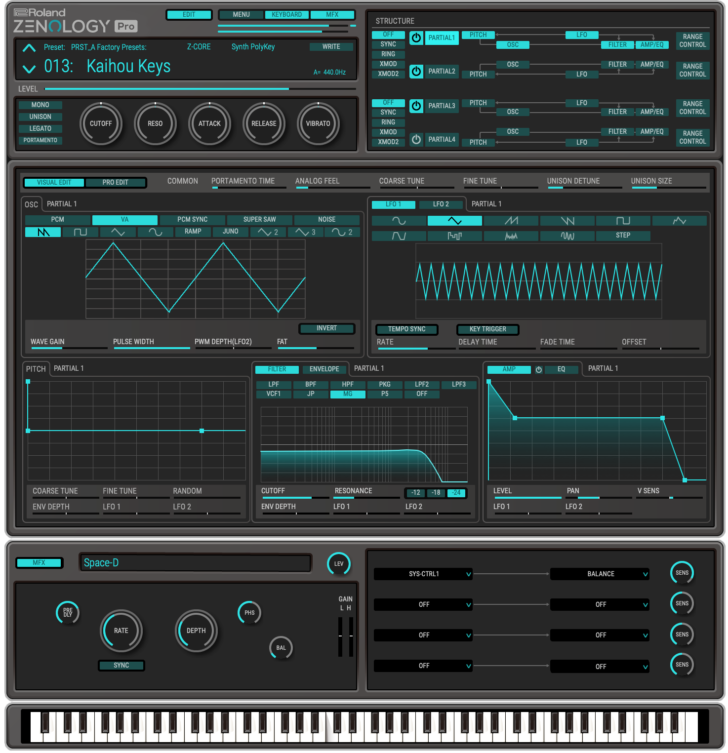 Here’s what they have to say about Zenology Pro and the Zenbeats updates:

With a nearly unlimited tool palette, users can craft sounds with four partials at once, each with choices of PCM and virtual analog waveforms, rich multimode filters, complex LFOs, and more. Step-LFOs have 16 steps of beat-synced automation with 37 curve choices per step, perfect for creating rich textures with evolving motion.

With Zenbeats 2.0, the latest version of Roland’s popular music creation app for iOS, Android, Mac, and Windows comes to the Roland Cloud platform. Ultimate Unlock access for Zenbeats 2.0 is provided at all membership levels, offering 7 GB of presets, loops, and sounds. Like the original release of Zenbeats, the entry-level version of Zenbeats 2.0 remains available as a free app outside of Roland Cloud membership, with access to two paid upgrade levels, including Ultimate Unlock.

The updates bring new features to Roland Cloud users at all membership levels: