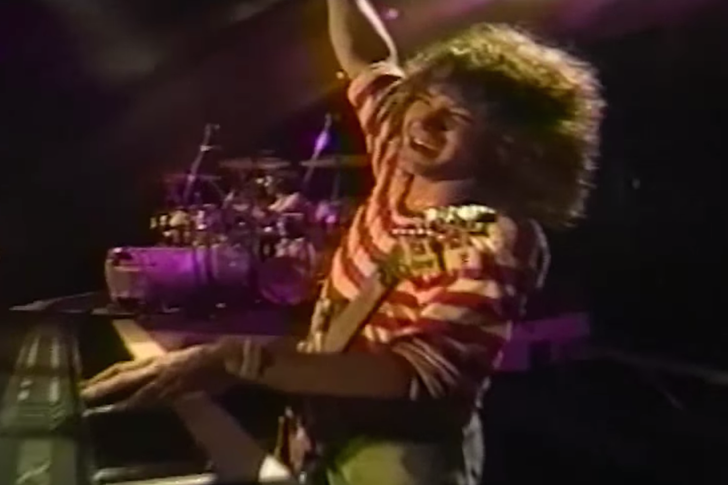 Eddie Van Halen, considered by many to be the most influential guitarist of his generation, has died at the age of 65.

While Van Halen (January 26, 1955 – October 6, 2020) is best known as a guitarist and songwriter, he grew up with a classical piano training and composed many of his songs at the keyboard.

His bandmates were originally skeptical of Eddie Van Halen’s interest in incorporating keyboards into the band’s sound, but Jump went on to become Van Halen’s biggest hit, spending 21 weeks on the Billboard charts and peaking at #1.

The riff was originally played on an Oberheim OB-X or OB-Xa, but Eddie Van Halen owned a wide range of synths and used them on many tracks.

Here’s his synth track 1984, the intro on the album to Jump:

It is all about sound, but people forget that. They think, “Oh, I want to hear a nice tune.”

But what you’re actually saying is you want to hear the combination of frequencies that make you feel a certain way. And more excitingly, it’s about finding out the new ones.