Plogue has introduced chipSynth OPS7 – a new software synth for Mac & Windows, based on the sound engine of the Yamaha DX7 and offering the the patch layering feature of the rare DX1 and DX5 synthesizers.

Plogue says that they’ve gone ‘all in’ on modeling the original’s sound:

“In terms of emulation, Plogue goes all-in: by exactly matching the digitally captured output of the original EGS and OPS chips, we’ve recreated every nugget of sound from the original keyboard.

This includes exact envelope stepping patterns that vary note-to-note, every facet of the convoluted pitch calculation, and absolutely identical operator math for each algorithm down to the bit.

We got it down to its insane compander and the full analog filtering section.” 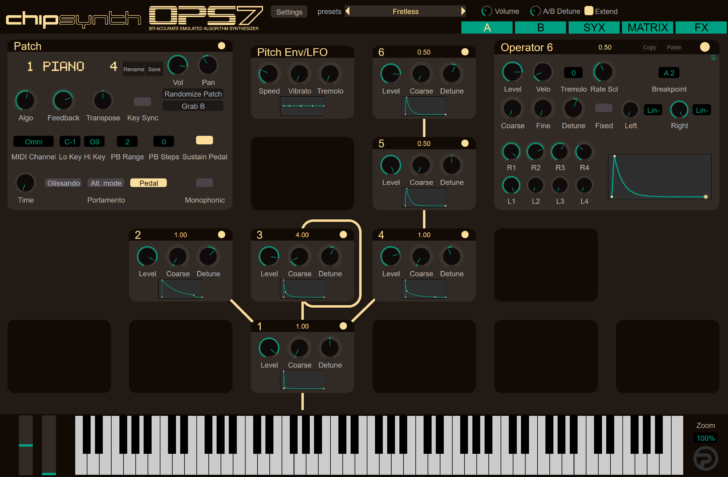 While Plogue has closely modeled OPS7 on the DX7 sound engine, they’ve also expanded on it in several ways:

If you want to know more about the emulation process, here’s behind-the-scenes look at the development of OPS7 from Plogue’s David Viens: