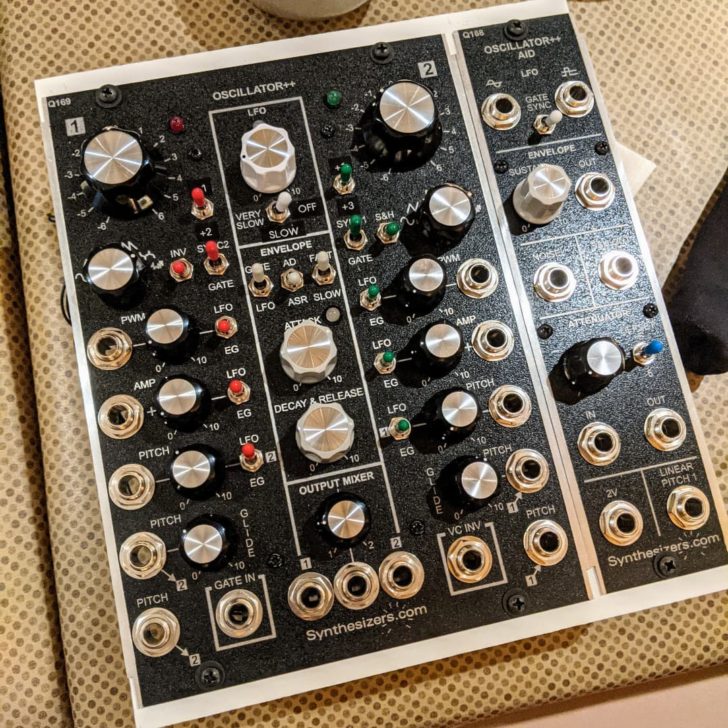 Synthesizers.com shared this sneak preview of their upcoming Oscillator++ module.

It’s the latest in their ‘++’ line of modules, a series of synth modules that are designed to offer deep functionality, paired with the traditional Moog format user experience.

They have not officially announced the Oscillator++ yet, but it appears to be an analog dual-oscillator module, with extensive internal modulation options, including built-in LFO, sample & hold, envelope generator and more. Individual outputs are provided, along with an output mixer.

It appears that the module will also feature normalized internal connections that will minimize the need for patching. For example, the pitch CV for oscillator 1 is normalized to the pitch input for oscillator 2. This means you should be able to use the Oscillator++ as a dual-oscillator synth voice, with LFO and envelope control of the VCA, with minimal or no patching. You could also use it as the core of a paraphonic synth voice, with independent oscillator control, or use it as two independent oscillators.

With the use of patch cords, it should also be possible to create complex cross-modulations between the two oscillators.

An Oscillator++ Aid module is also in the works that promises to give you independent access to many of the functions of the Oscillator++, including the LFO, EG, Noise and S&H, along with some additional utilities.

Official details are to be announced.