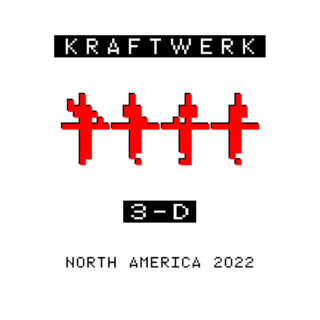 Following on their induction into the Rock and Roll Hall of Fame, Kraftwerk has announced plans for a 2022 North America Tour.

Tickets go on sale on November 5.