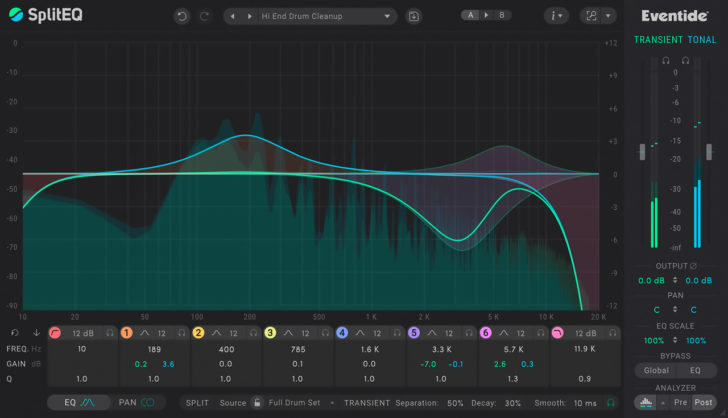 Eventide Audio has announced the first upgrade to its SplitEQ plug-in.

Version 1.0.12 adds user-requested features such as Dark and Colorblind Accessible themes, the ability to flip the direction of its Transient and Tonal handle tabs, and mouse wheel control of Q on the displayed EQ plot, as well as other small bug fixes and improvements.

The update is a free download for SplitEQ owners. Users can check their current version number by mousing over the Eventide logo in SplitEQ.

The update is available now as a free download for existing SplitEQ owner. For new users, SplitEQ is available for $129 through the end of March 2022 (reg. $179). Cross-grade pricing is available for owners of Physion, Eventide’s first Structural Split-enabled plug-in. A demo version is also available.

One thought on “Eventide Updates SplitEQ With User-Requested Features”