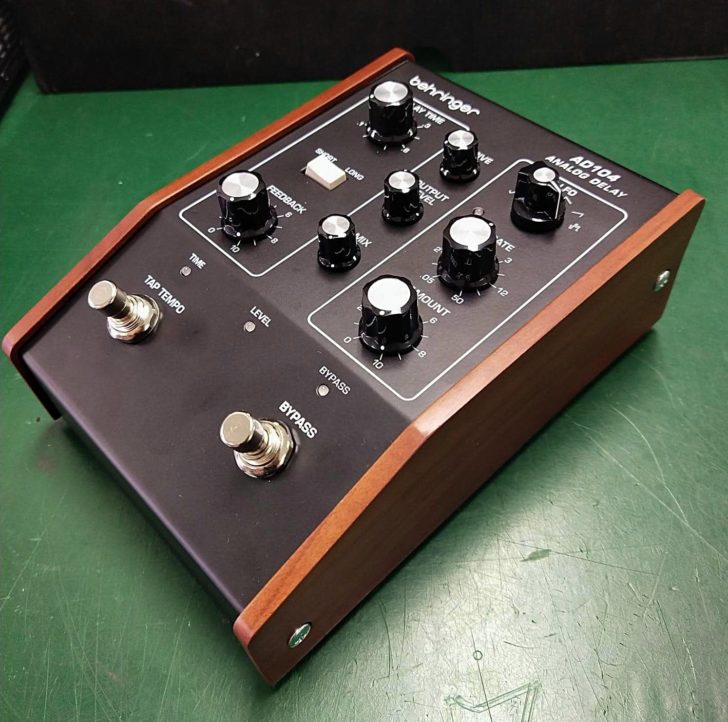 Behringer today shared a sneak preview of their AD104 Analog Delay, a new hardware effect that appears to be a fairly straight knockoff of the classic Big Briar/Moog Music Moogerfooger MF-104 Analog Delay.

No specifications have been announced, but it looks like the ‘Boogerfooger’ will copy the bucket brigade delay design of the original using Coolaudio chips. Like the original, it will feature 6 LFO options, dedicated tap tempo, and support for CV/Expression pedal control. 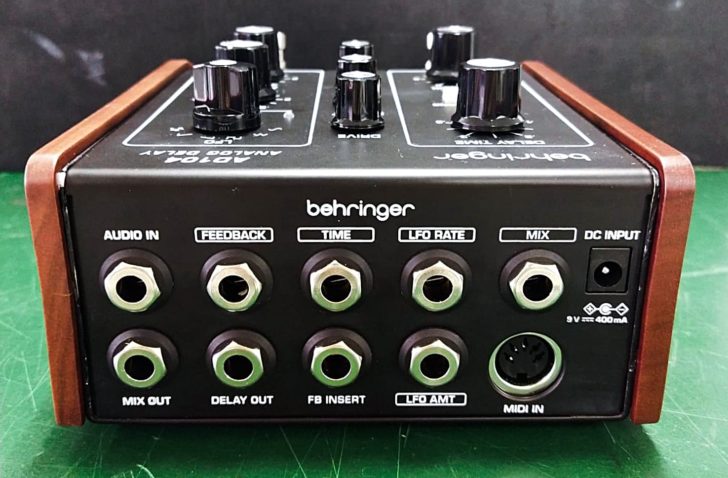 The original, below, was designed by the late Bob Moog and introduced in 2000. It was initially released under the ‘Big Briar’ name, and later under the Moog name, once he regained rights to the brand: 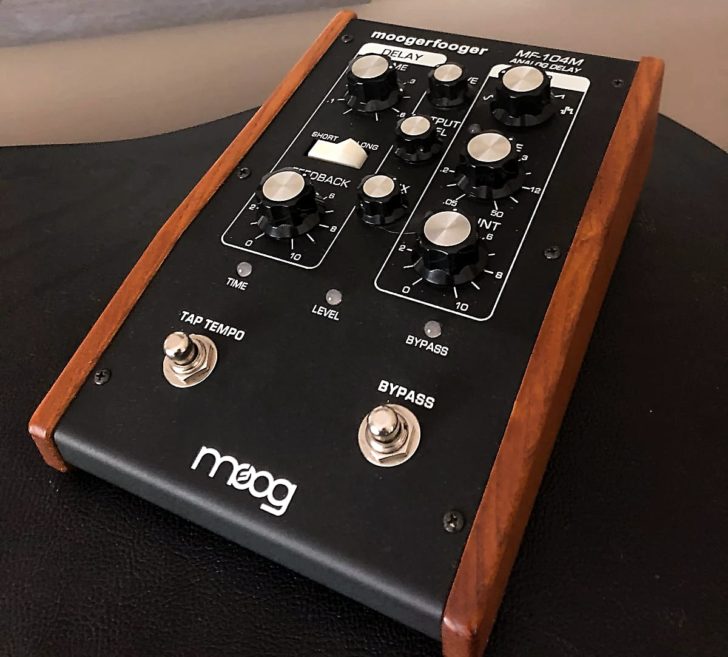 The MF-104 was manufactured as a limited edition release of 1000 units, which are now highly-valued collectors items.

Behringer has only shared images for their MF-104 knockoff, but they say that they will create versions of other Moogerfooger designs “if there is enough interest”.

Details are still to be announced. Behringer has tagged the AD104 has #hardvaporware, similarly to other designs that they are introducing, but not putting into production yet because of limited parts availability.