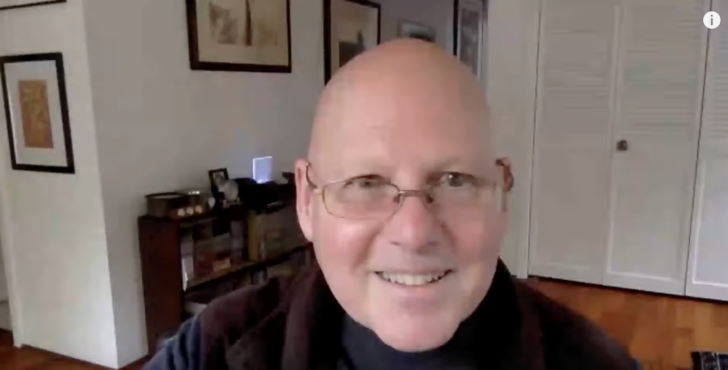 The Stanford University Center For Professional Development has released a video of a recent virtual seminar with ambient musician Robert Rich. The session is entitled, “Slow Music in a Manic World: A History of Deep Listening.”
https://youtu.be/3srUyPJALYE 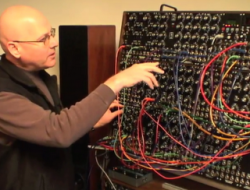 In the video, Robert Rich discusses the context for his personal style of introverted music, tracing a lineage of sound focused on a listener’s state of mind rather than the composer’s ego. He finds Pauline Oliveros‘ phrase ‘Deep Listening’ more useful than Eno’s term ‘ambient’. He’ll mix a casual overview of antecedents with many musical samples

The talk was part of a Computer Systems Colloquium series at Stanford. Hour-long(ish) lectures range in topic from climate change to blockchain to cryptocurrencies, conflict and technology, deep learning, Natural Language Processing, democratization of research funding, and all sorts of other nerdy stuff made accessible with explanations by experts in those fields.

The colloquium series is available on the University’s YouTube channel.

Robert Rich has helped define ambient music, with over 50 albums across four decades. Rich began building his own analog modular synthesizers in 1976, when he was 13, and later studied computer music at Stanford’s CCRMA while researching lucid dreaming. Rich has performed worldwide, and since 1982 his all-night Sleep Concerts became legendary. His three night-long recordings “Somnium” “Perpetual” and “Sleep Concert at Gray Area” maintain this tradition. Rich’s sound design graces many films and preset libraries, and as a mastering engineer he has applied his ear to hundreds of albums. Rich’s music, writing, and upcoming performance information are on the Robert Rich website.

2 thoughts on “Robert Rich and Slow Music in a Manic World: A History of Deep Listening”