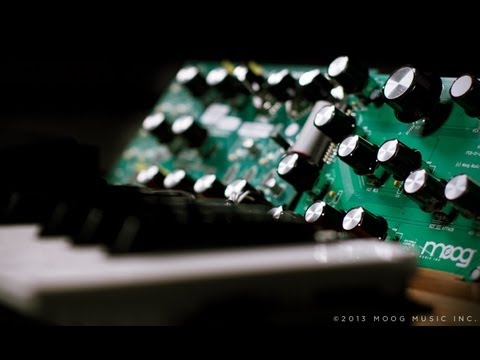 NAMM 2013: NEXT FROM MOOG… was uploaded by: MoogMusicInc
Duration: 447
Rating:

Moog Music has announced details on its annual Halloween Theremin Contest. To Enter: Grab a Theremin. Create a video of you playing it that embodies the spirit of Halloween. Upload the video to Youtube and title it “Moog Halloween Theremin Video Contest 2012.” All videos must be uploaded by MIDNIGHT EST on October 19th. Send… END_OF_DOCUMENT_TOKEN_TO_BE_REPLACED

Moog Music has announced the 3rd Annual Moog Circuit Bending Challenge, to be held at Moogfest 2012: Wake up, Benders, Modders, and Hardware Hackers; it’s time for the third annual Moog Circuit Bending Challenge! This year, we were so inspired by Google’s amazing tribute to Bob Moog with the groundbreaking Moog Doodle, we’ve decided to… END_OF_DOCUMENT_TOKEN_TO_BE_REPLACED

Organizers have announced the line up Moogfest 2012, a festival of ‘electronic and visionary music’ that celebrates the spirit of Bob Moog. Moogfest 2012 is scheduled for Friday, October 26 and Saturday, October 27, 2012 in Asheville, NC. The 2012 Moogfest lineup includes Primus 3D, a stop on the 3D-enhanced live musical tour, Swedish electro-pop artists Miike… END_OF_DOCUMENT_TOKEN_TO_BE_REPLACED