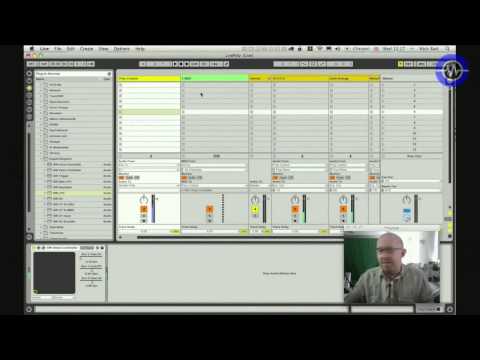 Expert Sleepers Silent Way is a suite of plug-ins designed to let you control a modular analog synthesizer system from your computer, using control voltages. Like MOTU Volta, released earlier in the year, Silent Way works within your sequencer, sending signals to your audio interface to output control voltages compatible with modular synthesizer and classic… END_OF_DOCUMENT_TOKEN_TO_BE_REPLACED

moogerfoogers controlled by Reason 4.0 was uploaded by: PeffTV
Duration: 272
Rating:

Björk has announced a special DVD/CD/VINYL recording, Voltaic, to be released on June 23, 2009, world wide! Available in five different physical configurations, Voltaic is a loving look at the past two years of Björk’s Volta activities—her sixth studio album, which came out in 2007, and the subsequent two-year world tour. Nonesuch Records will release… END_OF_DOCUMENT_TOKEN_TO_BE_REPLACED

MOTU has released Volta, its new virtual instrument plug-in that lets you play and automate modular synthesizers — or any hardware equipped with control voltage (CV) inputs — from your favorite host audio workstation software. Yep – now you can rule the world with computer-controlled synth power! See this previous post for details on MOTU… END_OF_DOCUMENT_TOKEN_TO_BE_REPLACED

Dan Kirkhus demonstrates using Ableton Live with a handful of LFO type wav files to modulate external analog gear: (if you’re not interested in the “how” and just want to see the frostwave spaz out, jump to 3:30 or so.) this stuff *only* works with MOTU audio interfaces (see: volta). this is an easy and… END_OF_DOCUMENT_TOKEN_TO_BE_REPLACED

All music turns out to be ethnic music.