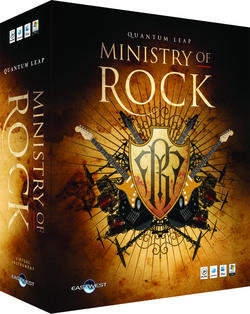 Ministry of Rock was created with one goal in mind: to create a virtual instrument capable of producing sounds that can actually produce a hit record or film score without any live drum, bass or guitar overdubs. Articulations and programming were all reverse engineered from actual performances.

Special features of Ministry of Rock include:

Ministry of Rock carries a $495 MSRP.