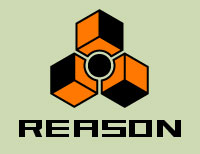 Propellerhead has announced it has started beta testing for Reason 4.

“This is clearly the biggest update to Reason ever. For users, this will be as inspiring as using Reason for the first time,” says Ernst Nathorst-Böös, CEO and founder of Propellerhead Software. “We can’t wait to hear the music our users will make with the new version.”

If you’re psyched already – you can apply for the beta progam.

Otherwise, we’ve got a sneak preview of the new features: 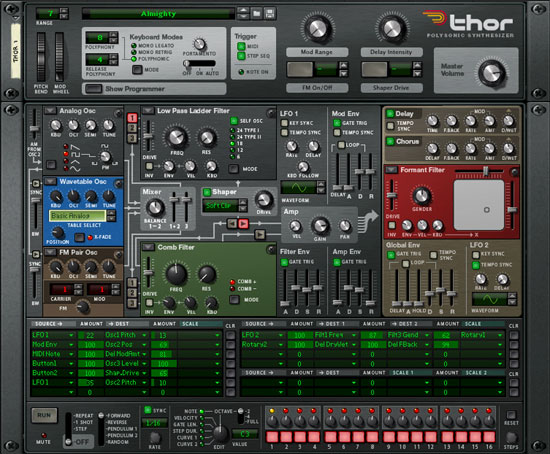 Thor, Polysonic Synthesizer, takes sound creation to a new level, according to the company, offering a “museum” of synthesis techniques wrapped into one instrument.

Preview the sound of Thor below.

The ReGroove Mixer brings traditional groove and swing quantization from sequencers into the more flexible, usable paradigm of a mixing console. Using the ReGroove Mixer, users can apply in real-time varying amounts of swing, shuffle and grooves to tracks.

In addition, Reason 4 will ship with a large selection and variety of grooves—from grooves extracted from live recordings to grooves taken from vinyl funk gems of the 70s. 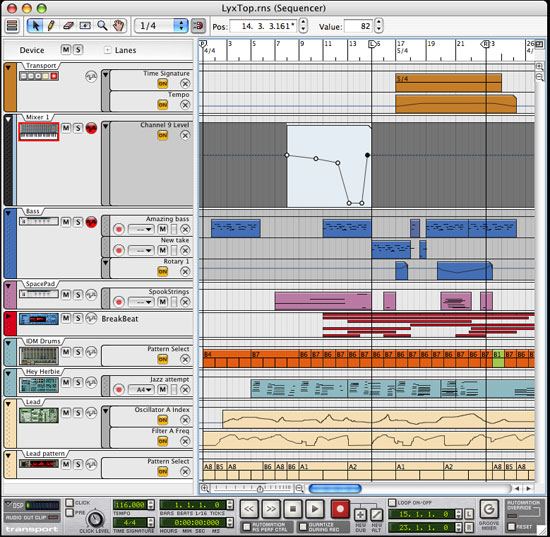 Reason’s sequencer has been redesigned and rebuilt into a more intuitive and powerful tool (see Live). Users can quickly make global edits using “clips,” assign notes and controller events to different “lanes,” manage multiple takes, and edit events numerically—to name but a few of the hundreds of enhancements.

Controller data now uses vector automaton for the smoothest of transitions. Users can manage tempo and time signature changes through a transport track. The inclusion of a floating tool window makes getting to frequently used tasks a snap.

The RPG-8 monophonic arpeggiator device provides a wide away of controls for arpeggiation. Very easy to use, yet deceptively powerful, the RPG-8 provides endless creative possibilities for each of Reason’s sound sources.

A demo below showcases RPG-8’s capabilities.

The new Reason features a number of other improvements and enhancements. Reason 4 is now fully localized into English, French, German and Japanese, including all menus, interface items, help files and documentation. The transport control and hardware interface have been redesigned for easier use. A floating tools window lets users access devices, editing commands and groove controls without having to invoke menu commands or dialog boxes

The included Factory Sound Bank has grown with a number of additions, as well as a large set of signature Thor patches from well-known artists and sound designers. The Combinator and NN-XT devices have seen improvements and new features that are especially useful for sound designers and live musicians.

All users purchasing Reason after June 1, 2007 will be entitled to a free upgrade with proper invoice/receipt documentation. This will be handled by local distributors once Reason 4 is released. The official release date for Reason 4 has not yet been set; it will be determined based on testing results and manufacturing timeframes.