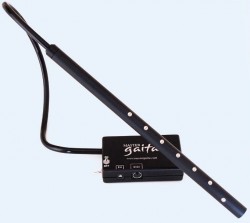 Q. What’s the difference between a bagpipe and an onion?

A. No one cries when you chop up an bagpipe.

Glamorous MIDI controllers like the Tenori-On get all the press, but MIDI bagpipes are where the real action is.

There’s a significant amount of work being done in the area of bagpipe-style MIDI controllers. And it’s no surprise why: MIDI bagpipes combine two of the world’s most maligned instruments, the synthesizer and the bagpipes, into a state-of-the-art, cutting-edge computer music user interface.

That lets you play Sailor’s Hornpipe.

Here are the latest options for getting your MIDI bagpipes on:

The instrument made from a PVC tube with nine touch sensors. A 2.5 meter long cable leaving the plastic box carries the MIDI signals to the computer or sound module.

vPipes is described as Next Generation Bagpipes.

vPipes is an electronic Uilleann Pipes emulator (without regulators) affording the possibility of practising in a variety of situations which would prove to be impractical or impossible with a real set of pipes.

The Degerpipes is an electronic bagpipe chanter. It’s designed to be a practice instrument, but it’s also a MIDI controller. 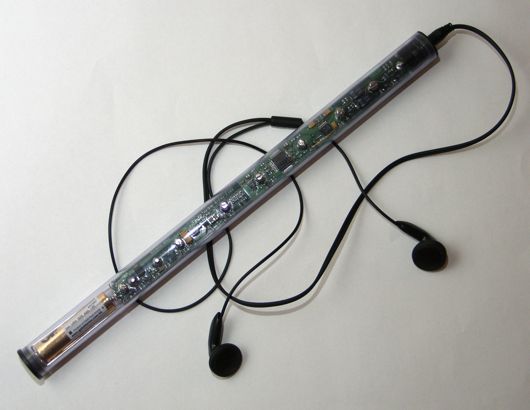 Fagerstrom makes several pipe-style MIDI controllers, including the Technochanter and the Technopipes.

And then there’s there weird stuff…. 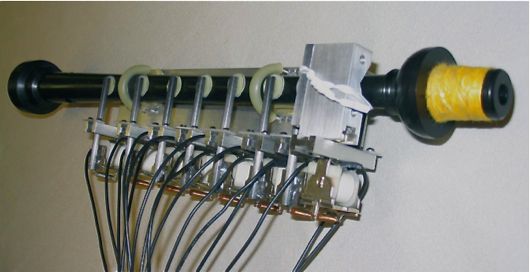 McBlare, above, is a robotic bagpipe player developed by the Robotics Institute at Carnegie Mellon University (pdf). McBlare plays a standard set of bagpipes, using a custom air compressor to supply air and electromechanical “fingers” to control the chanter.

McBlare is MIDI controlled, allowing for simple interfacing to a keyboard, computer, or hardware sequencer. The control mechanism exceeds the measured speed of expert human performers. On the other hand, human performers surpass McBlare in their ability to compensate for limitations and imperfections in reeds, and we discuss future enhancements to address these problems.

McBlare has been used to perform traditional bagpipe music as well as experimental computer generated music. 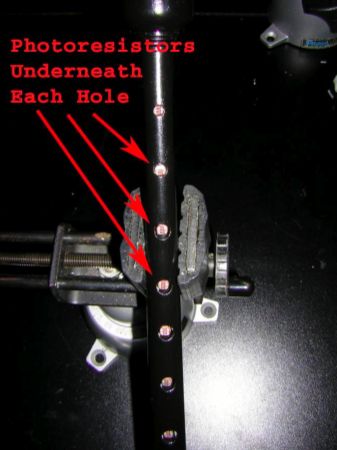 The FrankenPipe project (pdf) is an attempt to convert a traditional Highland Bagpipe into a controller capable of driving both real-time synthesis on a laptop – as well as a radio-controlled (RC) car.

The chanter is outfitted with photoresistors (CdS photoconductive cells) underneath each hole, allowing a full range of MIDI values to be produced with each finger and giving the player a natural feel. An air-pressure sensor is also deployed in the bag to provide another element of control while capturing a fundamental element of bagpipe performance.

According to its creators, the FrankenPipe “navigates the realm of both musical instrument and toy, allowing the performer to create a novel yet rich performance experience for the audience.”

While the FrankenPipe apparently excels at all the usual musical tasks, it also can control a radio-controlled (RC) car.

The broader concept of the MIDI-controlled car was inspired by the fact that a performance can be supplemented by anything that reacts to a musical instrument. (Some drummers employ lights
that are triggered when they hit their drums, for example.)

By incorporating an RC controller into the bagpipes, music can be generated by the performer during the process of attempting to drive the car through a maze.

Equipping the FrankenPipe with radio-frequency (RF) control of an RC car was straightforward. The transmitter of an RC car was disassembled, and it was discovered that only four different contacts needed to be grounded to move the car forward or backward, or to turn the front wheels left or right.

To incorporate the capabilities of the RC Car into the bagpipe design, notes of the bagpipe were mapped to move the car in one of the seven basic ways. According to the creators “amusing results were easily produced.”

Here are some demos videos showing MIDI bagpipes in action:

Finally, if you ended up at this page simply because you were looking for bagpipe music in MIDI format, check out the massive list at The Whistle.