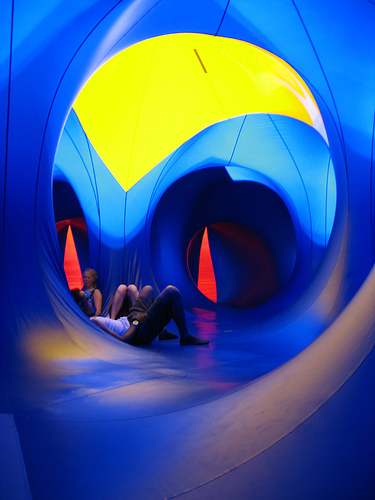 It’s science: chill out music music is good for you

By rhythmically homogeneous, they mean music with little or no variation in rhythm; they tested with classical music and Indian raga music, but the research offers some medical validation to Stephen Halpern‘s pioneering new age music, Brian Eno’s ambient music (which he conceived while bed-ridden) and more recent chill out music.

“Listening to music is soothing and has often been associated with controlling patient-reported pain or anxiety and acutely reducing blood pressure,” said study investigator, Prof. Pietro A. Modesti, MD, PhD. “But for the first time, today’s results clearly illustrate the impact daily music listening has on ABP. We …. can now confidently explore music listening as a safe, effective, non-pharmacological treatment option or a complement to therapy.”

Unfortunately, the research was limited to  testing the positive benefits of “soothing” music, so we can’t tell if listening to techno is just as beneficial, or if it’s likely to send your heart into a hypertensive spasm.

A total of 48 patients aged between 45 and 70, all with mild hypertension and using pharmacological treatment, took part in the study. Of these, 28 patients aged between 45 and 69, listened to 30 minutes of classical, Celtic and Indian (raga) music per day while conducting slow, controlled abdominal breathing exercises. Twenty patients of comparable age, blood pressure values and antihypertensive treatment served as the control group. All patients underwent ABP monitoring before randomization (baseline) and one and four weeks after treatment allocation.

The study results revealed a significant systolic ABP reduction in those patients who had been listening to music daily (-3.2±5.6 and -4.4±5.3 mm Hg, p<0.01 vs baseline for both) at one and four weeks respectively. Only small, non significant BP reductions were revealed via 24-hour monitoring of the control group. The effect on systolic blood pressure was independent from changes in heart rate because no differences between groups were observed in 24-hour mean heart rate.

“Sadly, despite the global focus on prevention, it predicted that 56 billion people worldwide will be hypertensive by 2025,” said Modesti. “In light of these devastating statistics, it is reassuring to consider that something as simple, easy and enjoyable as daily music listening combined with slow abdominal breathing, may help people naturally lower their blood pressure.”

4 thoughts on “It’s Science: Ambient, Chill Out Music Is Good For You”