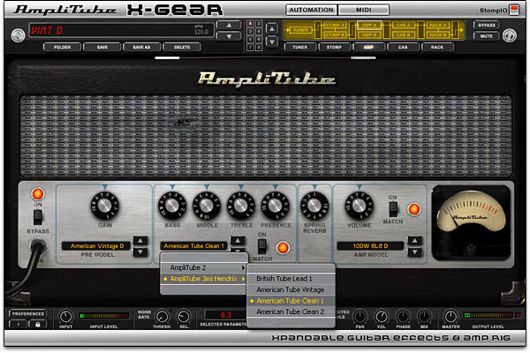 IK Multimedia has announced that AmpliTube X-GEAR has been made available as a free download for AmpliTube 2 Live users and StealthPlug users.

X-GEAR is an expandable guitar amp and effects modeling software system, available as a plug-in and standalone version for Mac/PC, that allows mixing and matching between all the gear models in a single host interface. It also allows for control over every parameter directly from IK’s StompIO USB floor controller and audio interface.

Using AmpliTube 2 Live with X-GEAR, users will get access to these new features:

I love synths. I grew up in rural Pennsylvania, far away from anything cool. I was kind of trained to be a piano player, was being urged to be a classical pianist and drop out of school and study with a nun at about age 12. And then I got exposed to Kiss and I realized that I want to do that. You know? I want to be in a band.