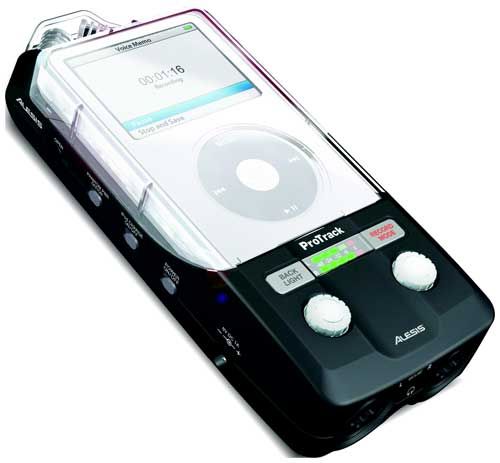 2008 Summer NAMM Show: Alesis has introduced the ProTrack, a device that turns an iPod into a professional handheld digital stereo recorder.

ProTrack’s exterior contains a Universal Dock for iPod, LED signal indicators, and controls for 48V phantom power, limiter, and volume. Four AAA alkaline batteries provide four to five hours of operation. A threaded mount is integrated for tabletop use on a camera tripod.

The Alesis ProTrack will be available Q3, 2008. No pricing has been announced.