Rocket describes itself as “a volatile combination that leaves one wondering what the results would be if the Shangri-Las crashed the stage during an early Motley Crue gig.”

Since then, the girls have driven coast to coast with the intentions of introducing the world to Rocket. Rocket has also opened for Rancid, Sugarcult, OK GO, Morningwood, The Sounds, The Supersuckers, Kill Hannah, and The Dwarves, and has toured with The Lashes. 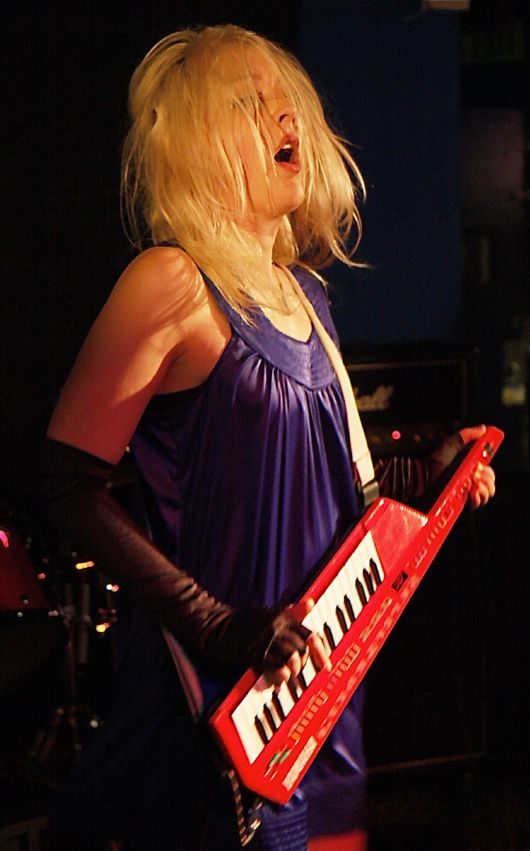 One thought on “Goddesses of the Keytar 3: Lauren Rocket”