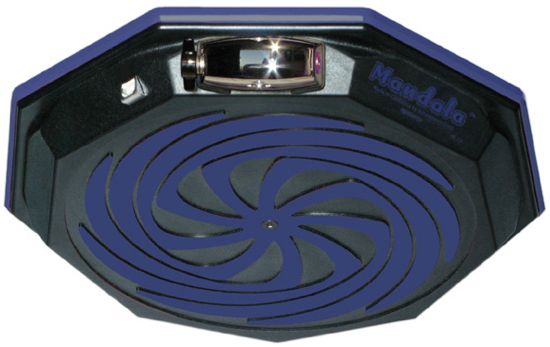 Synesthesia Corporation has released 50 Native Instruments Battery 3 presets for the Mandala 2.0, along with the HD Black Beauty Battery 3 Player for Mandala.

They are available now to anyone via free download.

The HD Black Beauty Battery 3 Player for Mandala is designed to offer you an accurate digital representation of an acoustic drum, via 3,360 samples of a single vintage 1970s 5×14 Super Sensitive Ludwig Black Beauty Snare Drum.

“The Mandala drum controls pro audio software with unprecedented resolution,” said Vince De Franco, Synesthesia founder and CEO, and inventor of the Mandala. “These Battery presets really just provide an example of what drummers are capable of accomplishing with this instrument. Our goal has always been to give drummers and musicians a way to experiment and let their imaginations fly, while never losing the basic functionality that they’re already comfortable with.”

The Mandala 2.0 retails for $349, and is available online at http://mandaladrum.com. Each Mandala is hand-crafted and thoroughly tested before it is shipped.