Silicon Studios has published a variety of iPhone MIDI apps in the iTunes App store, including the free app ITM MidiLab.

They call ITM MidiLab their “showroom” to demo what their other apps are capable of. It lets you use your iPhone or iPod touch as a MIDI controller for your favorite audio software, synths or DJ/VJ tools.

Though it’s a free app and very simple, it’s powerful enough to demonstrate that there’s a future for serious iPhone music software.

Here’s how it works:

First, download ITM MidiLab from the iTunes music store and sync it to your iPhone.

Next, download another free app from Silicon Studios, iTouchMIDI OS X (.dmg). It’s a Mac app that listens for the MIDI requests from your iPhone. Drag the icon to your Applications folder and then open the app.

Open ITM MidiLab. When you open it up, you’ll get a screen that prompts you to connect to a networked Mac, like this: 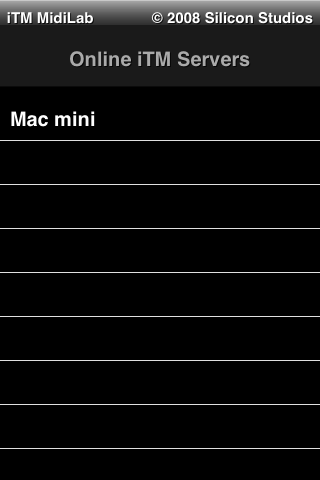 Select your computer name, and iTM MidiLab shows you your MIDI controller options: 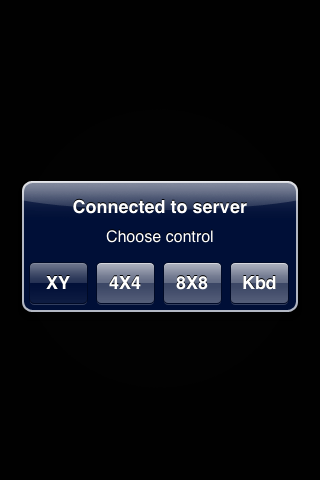 Sort of an ugly Monome – the matrix can be used to control Ableton Live and other apps. 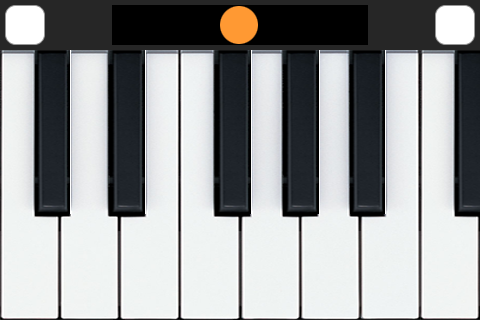 When you play iTM MidiLab on your iPhone or iPod touch, it communicates wirelessly with the iTouchMIDI app, which passes on MIDI messages to your music app.

I gave this a quick test and it worked without a hitch. The keyboard isn’t touch sensitive, but multi-touch works great and latency was not a problem.

Don’t expect any bells and whistles, though. The keyboard, for example, lets you switch octave ranges, but doesn’t provide any feedback to show what octave range you’re in. There’s a pitch bend “ribbon” at the top, but no mod control.

Also, there are advanced versions of these apps available in the Apps Store, but Silicon Studios doesn’t do a good job of making clear what the differences are with the pay versions.

iTM MidiLab isn’t very polished yet – but it is free and good enough to help you determine if the iPhone has a place in your music rig.