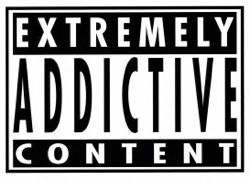 We’ve mentioned binaural beats previously – illusory “beats” that you can hear when pure tones of slightly different frequency are separately and simultaneously presented to each ear.

It’s an interesting psychoacoustic effect – one that at least some people think can help you do things ranging from concentrating to opening your chakras.

Mainstream media has picked up on this so-called “digital drug”, though, and is offering hysterical coverage that recalls the days of Reefer Madness.

Check out what USA Today’s Kim Komando has to say about these new age-y audio files:

The sites claim binaural beats cause the same effects as illegal drugs. These drugs impair coordination and can cause hallucinations. They’ve caused countless fatal accidents, like traffic collisions.

If binaural beats work as promised, they are not safe. They could also create a placebo effect. The expectation elicits the response. Again, this is unsafe.

At the very least, digital drugs promote drug use. Some sites say binaural beats can be used with illegal drugs.

The sites also look favorably on the effects of illegal drugs. So, talk to your children. Make sure they understand the dangers of this culture. It could be a small jump from digital drugs to the real thing.

Yeah – talk to you kids, Kim Komando. And while you’re at it, tell them that Mom’s a gullible buffoon – that for some scary reason – has a national audience.