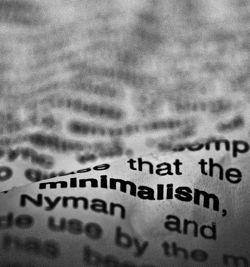 The Second International Conference on Music and Minimalism will occur September 2-6, 2009, at the University of Missouri at Kansas City, directed by Kyle Gann and David McIntire.

All scholars in this area are invited to submit papers. Relevant topics include, but are not limited to, the following:

Contributions are welcomed in the form of individual papers (20 minutes). Abstracts containing a maximum of 500 words should be sent as email attachments, by October 31, 2008, to [email protected] and [email protected]

The Society for Minimalist Music exists to promote the intellectual and scholarly study of the music known as minimalism, and originating in the 1960s activities of composers La Monte Young, Terry Riley, Tony Conrad, Terry Jennings, Jon Gibson, Charlemagne Palestine, Phill Niblock, Barbara Benary, Steve Reich, Philip Glass, and others. The Society’s interests are not limited to the music of that period, but also to ensuing streams of music developed from minimalist origins, and also in the relationship of music to minimalism in the other arts. Specifically, the Society recognizes minimalism not only in its familiar idiom of motivic repetition, but also its more general concern with drones and stasis.