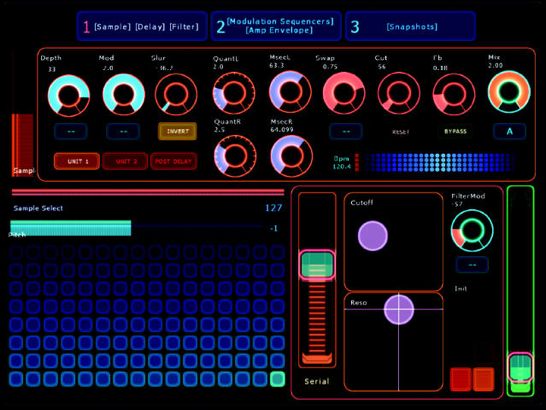 2009 NAMM Show: Jazzmutant has announced the V2 software upgrade for their Lemur controller, along with price drops for both of the company’s multi-touch control surfaces.

Jazzmutant’s Lemur and Dexter both offer multitouch-sensitive surfaces for music, with the Dexter aimed at DAW users and the Lemur a more open-ended system.

V2 comes packed with new objects and features that allow users to really interact with sound and manipulate it in real time. Workflow improvements, scripting additions and other features allow the controller to be used better, faster and more in tune with some of the most popular software applications around with Ableton Live users, in particular, benefiting from some of the new features.

A V2-powered Lemur will be reduced to €/$1769,00 (£1,660) for a limited 60 day period, starting from NAMM. Jazzmutant will offer the Dexter as a DAW only controller at the heavily (and permanently) reduced price of €/$1519,00 (£1,430). Crossgrading from Dexter to Lemur will no longer be possible, the crossgrade from Lemur to Dexter remains an option.

Here are the Lemur v2 features in detail: