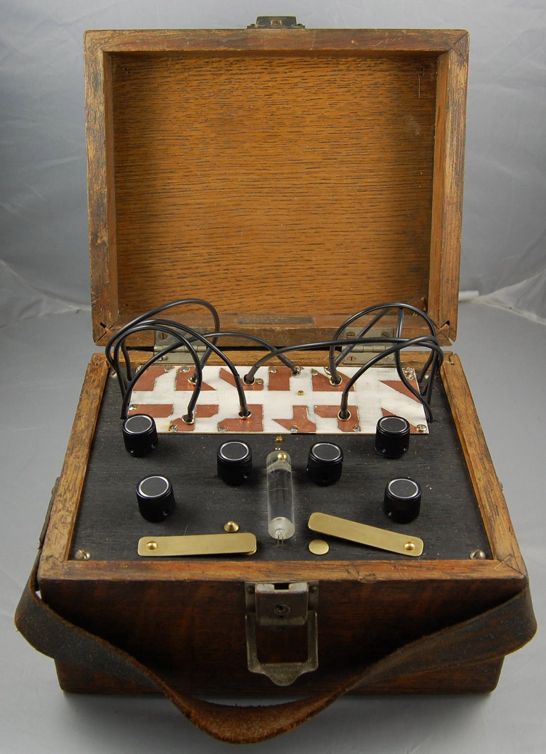 Big City Music has announced that it will be selling the quirky designs of Folktek Instruments:

From somewhere underground in Portland Oregon Arius Blaze and Ben Houston are creating some wildly interesting instruments. The Folktek pieces are truly unique in every way. Each one is hand crafted by the artists and is a one of a kind. Most of their instruments are crafted into beautiful antique boxes too. These are not your typical circuit bent instruments. The way you can “play” them varies tremendously and Folktek offers some alternative user interaction with their pieces. Check back with us as we will get more pieces soon.

The Magnetic Bug, shown above, is an example of Folktek’s work:

The Magnetic Bug is a custom work in the filanthropoid series which includes such work as the bugs, the insectariums, the growling insect, the book of sound, the pendulum translator, the archnid, the octa-hedra. the transporter and many more.

These patchable works in the Filanthropoid series provide evan more possibilites than previous units. This Beauty has been hand-crafted with durability and ease of play in mind.

The sound produced by these monsters is phenomenal and continues to amaze us. It is a sonic symphony of nasty and grimey sweetness, endless layers of sound possibilities emenating from High quality OSC originally based on high tech speech synthesis. Seemingly randon bits, waves, hums, drones ,crackles,yips can be rediscovered time and again and then there are those moments you will most likely never rediscover.