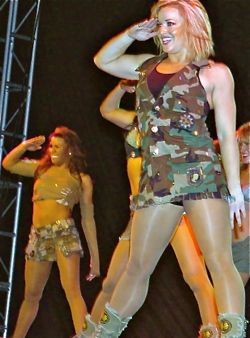 This is a bizarre bit of news – researchers and psychiatrists are giving the notorious rave drug “ecstasy” to veterans suffering from post-traumatic stress disorder and are asking the Department of Veterans Affairs to expand the program.

Does this mean that the VA hospital is going to start looking like a rave hall?

Not yet. While this may bring to mind glow sticks and pacifiers, the drug is being administered under controlled circumstances.

“It’s not going to be a normal prescription drug like the antidepressants,” says researcher Rick Doblin. “It’s only going to be administered under therapist supervision.”

“Patients would be required to spend the night in the facility. Our approach is catharsis, enhancing the psychotherapeutic interchange.”

“It’s basically like years of therapy in two or three hours. You can’t understand it until you’ve experienced it,” a former Army Ranger who took part in a recent study said in an interview. “It’s an extremely positive thing. I feel so lucky that I got to take part in the project.”

You have to wonder if adding loud electronic music, and the psychoacoustic effects that can go with it, would enhance the results that the researchers are getting, and the benefits for vets.