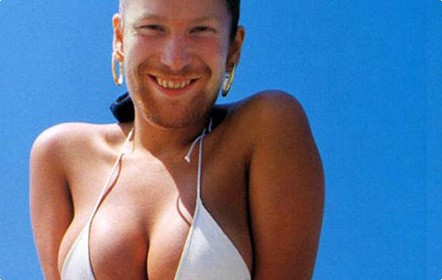 Richard D. James, aka Aphex Twin has a new album on the way, according to Warp label founder Steve Beckett.

“We’re definitely going to be putting out a new album by him,” says Becket. “Hopefully it will be this year, if I can prise it out of his hands. It’s definitely on its way.”

“He’s got his own unique view on life and obviously he’s just a genius musician and artist and it’s brilliant to work with him,” added Beckett reflecting on his time with working the elusive artist.

“I don’t know a single note or anything about it,” adds Becket. “It will be as much of a surprise to me as anyone else. Basically I find out what it sounds like when we go into the mastering room and he puts it – well how it used to be, he’ll put the DAT player in and there it’ll be – so that’s the first time I’ll hear it. Then I’ll go onto my knees and thank him and then we’ll put it out.”

It’s probably safe to say that the new Aphex Twin album will be bizarre and disturbing – but also entirely original.