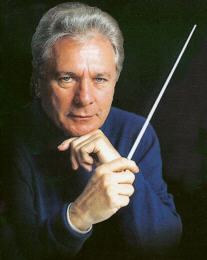 Renowned film composer Maurice Jarre, who won the Academy Award three times for his epic scores, has died at 84. He was best known for his soundtrack to Dr. Zhivago, but he composed over 100 scores in his career.

Maurice Alexis Jarre was born Sept. 13, 1924, in Lyon, France. He studied music at the Paris Conservatory, where his teachers included the Swiss composer Arthur Honegger, the timpanist Félix Passerone and Joseph Martenot, the inventor of an electronic keyboard, a predecessor of the synthesizer.

Jarre married four times; he is survived by his wife, Fong, whom he married in 1984. Other survivors include two sons, synthesist Jean-Michel, and Kevin, a screenwriter; and a daughter, Stéfanie. Though Mr. Jarre had lived in the United States for decades, the president of France, Nicolas Sarkozy, issued a statement after his death, calling Mr. Jarre “a great composer” who, by working in film, “broadened the public for symphonic music.”

“He showed everyone that music is just as important as images for the beauty and success of a film,” said French President Nicolas Sarkoz.

While Jarre’s son Jean-Michel Jarre is better known for his synthesizer music, Maurice Jarre helped pioneer the use of synthesizers in film soundtracks.

Here’s a segment from the German dub of Witness, 1984, that demonstrates Jarre’s use of synths in soundtracks: