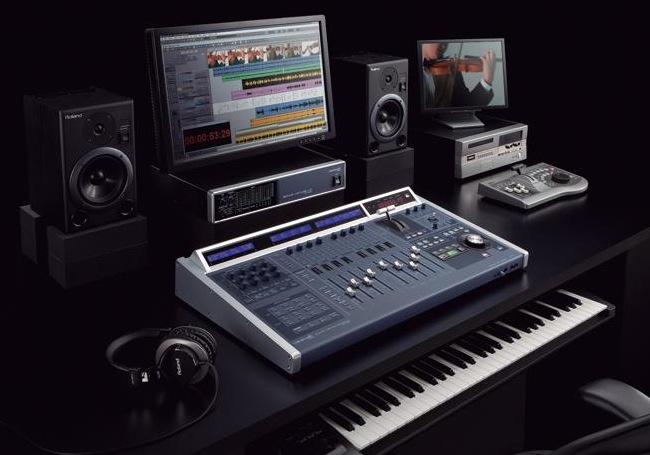 The VS-700C was designed jointly by Cakewalk and Roland, and offers control over all aspects of SONAR 8 Producer’s creative, editing, and mixing capabilities. The VS-700C’s dedicated implementation of ACT (Active Controller Technology) dynamically remaps controls based on how the user is working in SONAR. Also, with the press of a button, the VS-700C provides instant control over any V-Link compatible video and imaging hardware, including the Edirol DV-7 line of direct linear video editing systems.

The release of the SONAR V-Studio 700 system marked a new era of inspired, Cakewalk branded hardware and software music production solutions. SONAR V-Studio 700 addresses the gap between under-powered “budget” solutions and over-priced competitive solutions by offering a compelling, feature-rich music production system that is accessible to a broad range of users. SONAR customers who purchase the VS-700C can later purchase the VS-700R I/O to experience the full benefits offered by the complete SONAR V-Studio 700 system, which includes hardware control of the VS-700R from the VS-700C, 19 input channels, 8 digitally-controlled mic pres with compression on each channel, and onboard Fantom VS synthesizer featuring 1,400 patches with ARX expansion board capability, among many other features.

VS-700C console for SONAR 8 Producer will be available Summer, 2009 through Roland and Edirol distribution partners and select retailers worldwide. Local prices may vary, please check with your local Roland or Edirol distributor, or to find availability in your area using the dealer locator, please visit www.sonarvstudio.com.