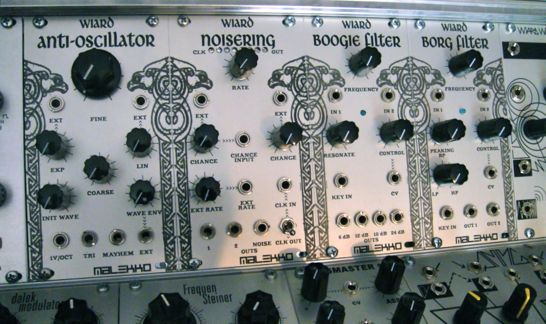 The next two Wiard modules being put out by Malekko are the Anti-Oscillator and the Noisering. These two should be available around the end of July.

The Noisering is the same as the Wiard 1200 series but with the addition of a toggle switch that will make the jack above it a clock input or clock output.

The Anti-Oscillator is a new analog oscillator from Grant Richter with some very interesting waveshaping capabilities.

The new Melekko versions of the Wiard modular synth line is available via Analogue Haven. The Anti-Oscillator & Noisering aren’t available yet, though, so all you can do is drool.