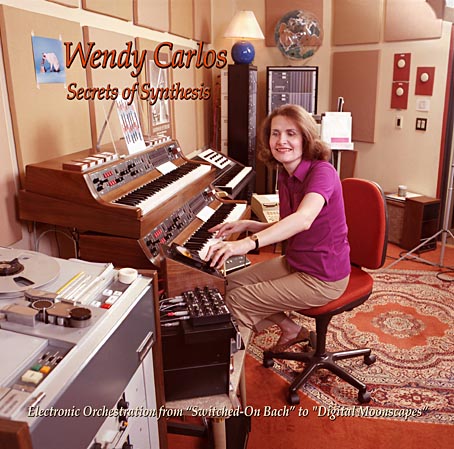 It’s hard to imagine how different the world of electronic music would be without Wendy Carlos, who switched on the world with her Switched On Bach, scored Kubrick’s A Clockwork Orange and The Shining, created the sound of the digital world Tron and explored alternate tunings in several influential albums.

Before Brian Eno brought ambient music to a mass audience in the mid to late 70s, Carlos released 1972’s Sonic Seasonings, which combined ambient environmental sounds with synthesized ones.

Carlos has created some of the most influential electronic works of the last 40 years.

If you haven’t heard much of the work of Wendy Carlos, some good places to start are her Switched-On Brandenburgs, Switched On Bach 2000 and her soundtrack to A Clockwork Orange.