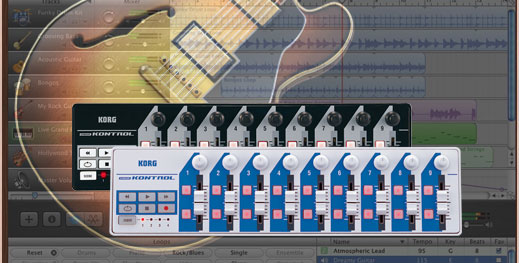 Korg has announced a free control surface plugin that lets you use the Korg nanoKontrol with Apple’s Garageband digital audio workstation.

Because Apple’s GarageBand doesn’t allow users to assign CC settings previously there was no way for users to customize MIDI controllers. The plug-in for Logic offers simplified settings Manually assigning settings on Apple Logic can be very difficult and the template used by Korg KORG requires installation in a way not recommended by Apple. However, by using the “nanoKONTROL Control Surface plug-in for GarageBand/Logic” installation is done as recommended by Apple and nanoKONTROL works with Logic Pro without complicated settings.

Of course nanoKEY and nanoPAD can be used with GarageBand without any plug-in required.

Functions that can be controlled:

3 thoughts on “Use Korg nanoKontrol With Garageband”